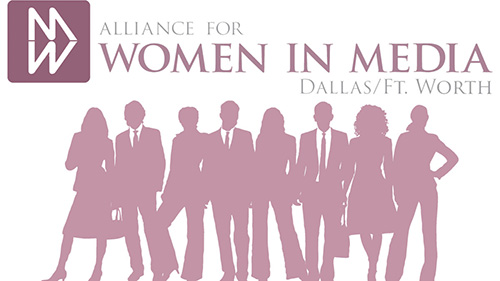 The Silver Award of Excellence is a lifetime achievement award that can only be received once. Criteria for consideration is as follows.

The Dallas/Fort Worth Chapter of Alliance for Women in Media (AWM) has named JIM GAITHER as the recipient of the 39th annual Silver Award of Excellence Lifetime Achievement Award. 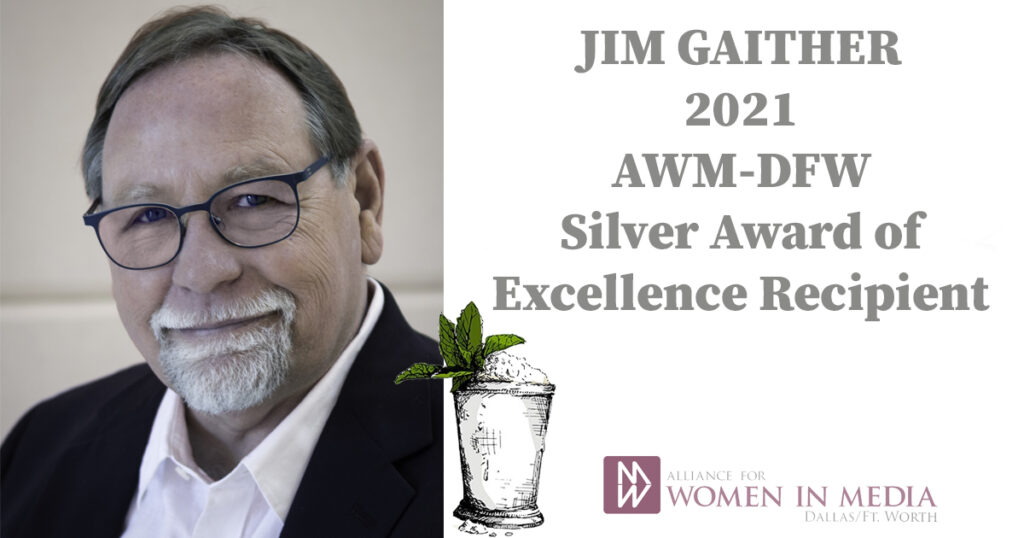 In his 37-year career, Jim emersed himself into all thing’s media. As a sophomore at Texas Tech University, he knew that he wanted to pursue a career in advertising media planning and buying. He worked to secure an internship at TracyLocke in the media operation and returned to TracyLocke in 1984 after graduation with a B.A. in Advertising and a minor in Marketing as a media planner. Here Jim honed his media, writing, and presentation skills and spearheaded efforts for the usage of personal computers in the media planning process. During his tenure, Jim worked on Doritos, Lay’s, Tostitos, Haggar Men’s/Women’s Wear, InterFirst Bank, and Phillips Petroleum.

He moved to The Richards Group in 1987 where he had the opportunity to work more autonomously with clients like Memorex, Community Coffee, Tom Thumb, Whataburger, and Gordon’s Jewelers. When Jim came to The Richards Group, he managed one third of all client media planning. It was the land of opportunity. He continued to amass responsibilities and in the early 1990s, the took over the broadcast buying group. Understanding the philosophies, objectives, strategies, and tactics of planning and negotiating all media was Jim’s goal. He felt that to best serve his clients that he needed to be complete in his media knowledge. Along the way it was not only important but essential that he pass on his experience to others in his field both internally and externally.

He has served as a guest lecturer for college advertising classes in the Southwest and has been an adjunct faculty member in advertising at Southern Methodist University and Texas Tech University. Jim has also been a faculty member for the Adweek and Mediaweek Seminars, past president of the Dallas Chapter of the Texas Tech Mass Communications Alumni Association, a member of the Texas Tech Mass Communications Advisory Committee and received Mass Communications Outstanding Alumnus recognition in 2002 from Texas Tech University. One of the ad industry’s respected authorities on industry trends and the tools for measuring them, Jim was a member of the American Association of Advertising Agencies’ Media Measurement Committee. He’s also served as vice president of the Landmark Agency User Group, and member of the Effectv Advisory Board. In 2013, Jim was recognized with the Dallas Area Alliance of Women in Media (AWM), Award of Excellence for Agency Owner, President, or Principal.

Jim has had a long interest in research for Juvenile (Type 1) Diabetes. At the age of 14 he began fundraising in the initial Juvenile Diabetes Foundation (JDF) bike ride. He has served as past president on the Lubbock Chapter of the JDF, as a board member on the Dallas Juvenile Diabetes Research Foundation (JDRF) and been a top fundraiser for JDF and JDRF for the last 47 years.

Jim’s greatest accomplishment has come from growing and promoting fantastic media professionals. He’s often been chided by his collogues for talking too much when interviewing potential media candidates, but his track record speaks for itself. He’s maintained the highest experience level and longest tenured staff of any competitive negotiating group. He’s used his seasoned staff’s input to make significant decisions regarding strategic direction, negotiating approaches, and process improvement. But most of the time, the staff has the confidence to use their talent to work autonomously, taking care of client and vendor issues that arise. Several times each day you’d hear him say, “I would never be able to be involved in so many different parts of the agency if it weren’t for the great staff I have.” Bragging about staff members, their talent, professionalism, and their incredible ability to work as a team has not only been the key to an effective and efficient work force but has allowed Jim to take on other responsibilities like the ad ops (traffic) group, acting as the primary media liaison with accounting regarding media vendor invoicing and payments and negotiating and maintaining media/marketing resources on behalf of the agency.

Jim met his wife Kathy while working at The Richards Group 34 years ago and they’ve spent their life together enjoying traveling with family and friends. He grew up on the beach in South Texas and in the mountains west of Denver, Colorado and has a great appreciation of the outdoors. Jim is a photographer and artist and has had his work exhibited in several photography and art shows. 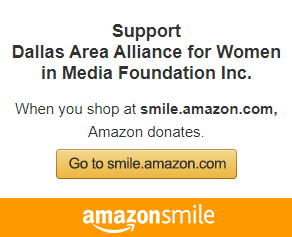